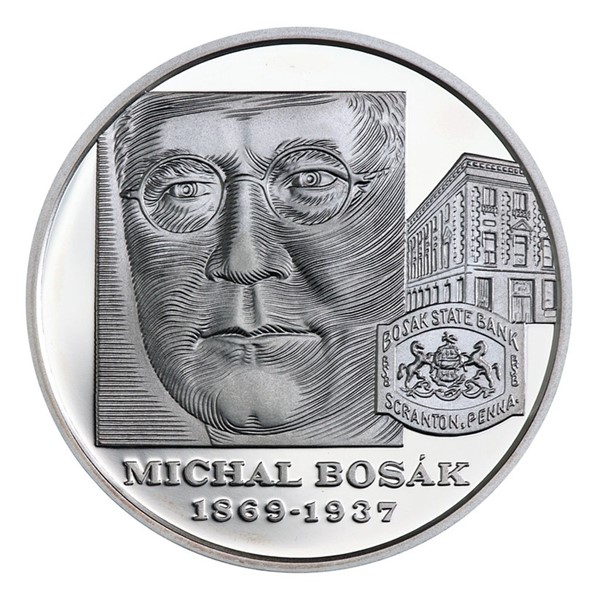 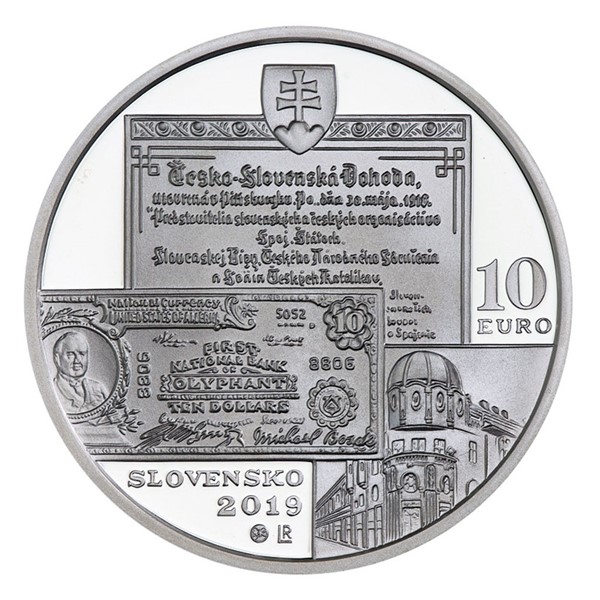 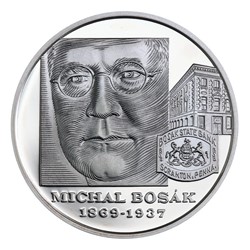 Slovak silver euro coin was minted in quality proof to the occasion of the 150th anniversary of the birth of Michal Bosák.

Michal Bosák was born in eastern Slovakia in 1869, but decided to seek his fortune in the United States, where he moved in 1886. Europeans who came to the United States at the turn of the 19th and 20th centuries had the so-called "American Dream" - the belief that with hard work, intelligence and courage one could become rich and achieve social advancement. Michal Bosák became a prime example of how a dream can be turned into reality. He first worked as a miner and delivered beer. Then he opened a pub and a wine wholesale business. In his spare time he educated himself and helped his Slovak compatriots with financial transactions and buying boat tickets. He capitalized on his experience by founding a shipping agency, a travel agency and several successful banks. He was recognized by American financiers and membership on the boards of directors of old American banks, but he did not forget the Slovaks. During the First World War he organized regional movements, raised money to agitate for Slovak independence and signed the Pittsburgh Agreement, which approved the union of Czechs and Slovaks in one state. After the war, he visited Czechoslovakia and supported it in every possible way. On that occasion he did not forget to establish another bank there...

The reverse side of the coin is dominated by a portrait of the banker, supplemented with his name and the life years - MICHAL BOSÁK, 1869-1937. The reverse also presents the logo and building of Bosak's bank in Scranton. The obverse side of the coin then bears three thematic motifs - the Bosák Bank building in Presov, the Pittsburgh Agreement and the ten-dollar banknote that Michal Bosák signed as bank president. The composition is supplemented with the inscription SLOVENSKO, státní znak (translated as SLOVAKIA, the state emblem), the nominal value of 10 EURO and the year of issue 2019. All this is the work of the medal maker Mgr. Art. Roman Lugár.

The coin was minted by the Slovak Mint of Mincovňa Kremnica and issued by the National Bank of Slovakia. 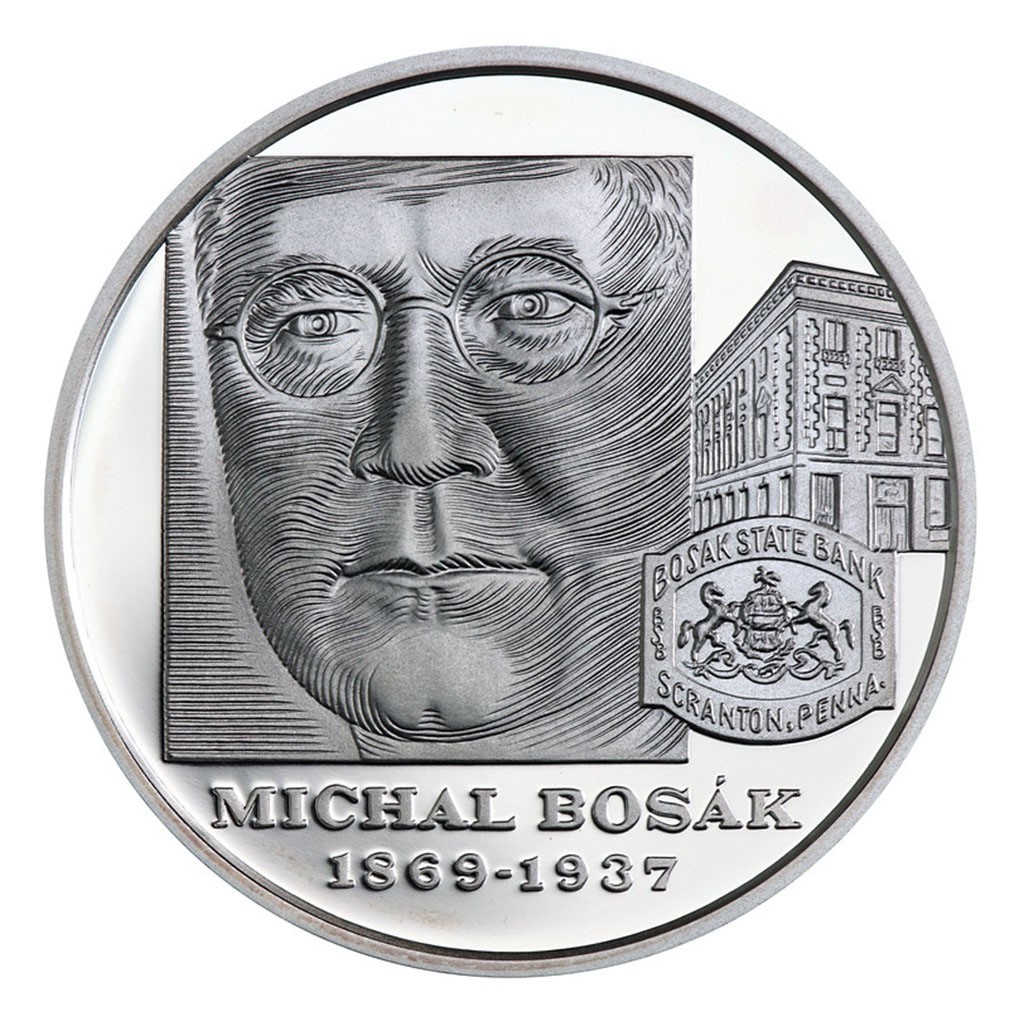 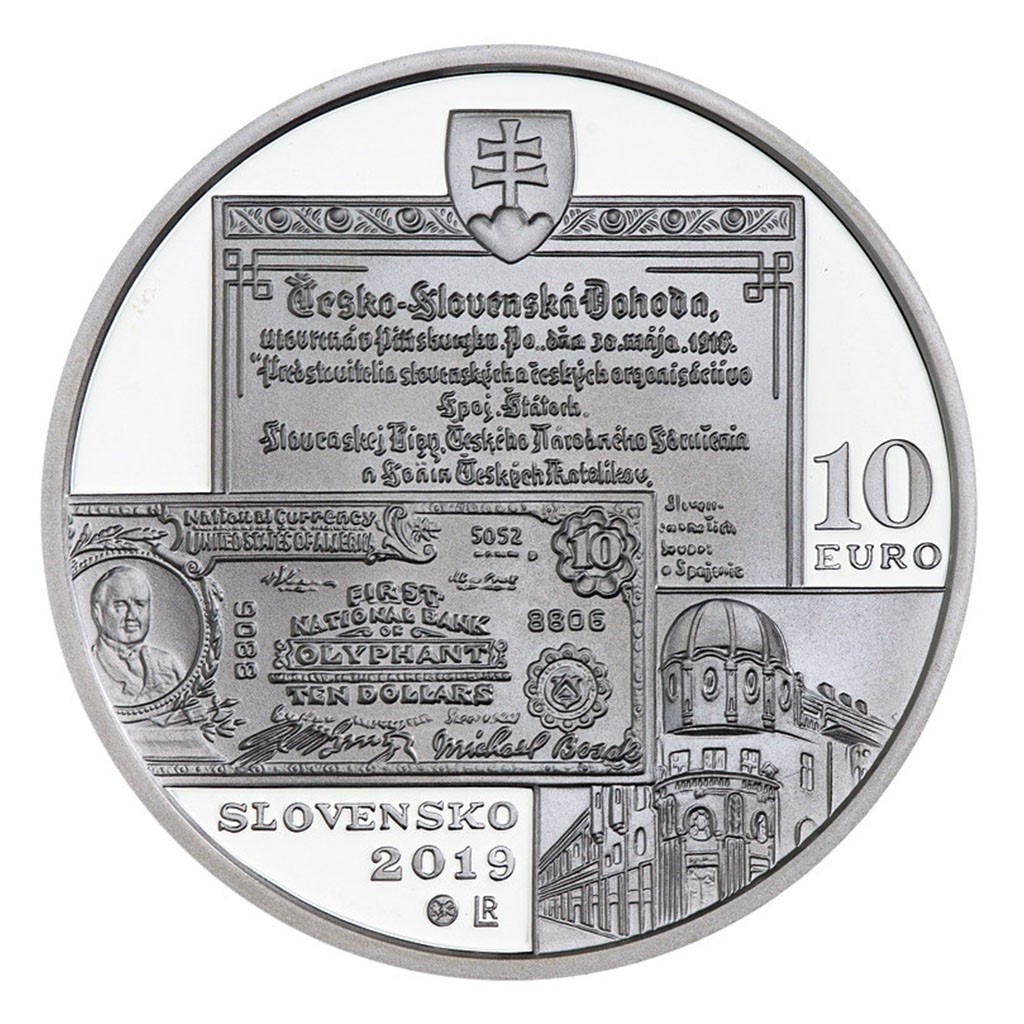