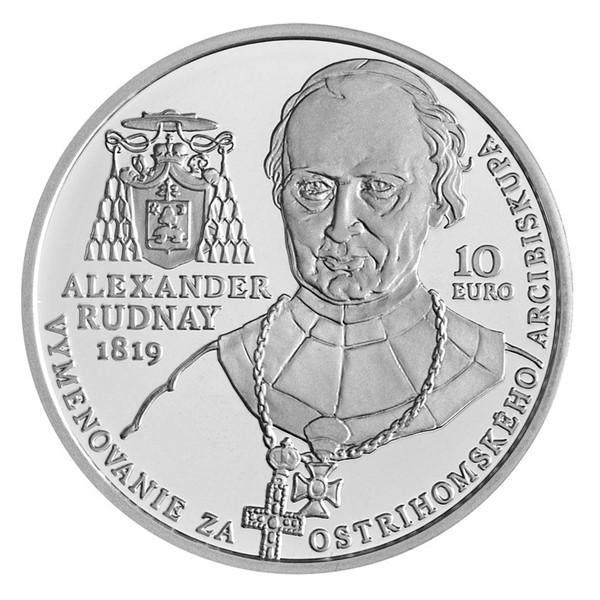 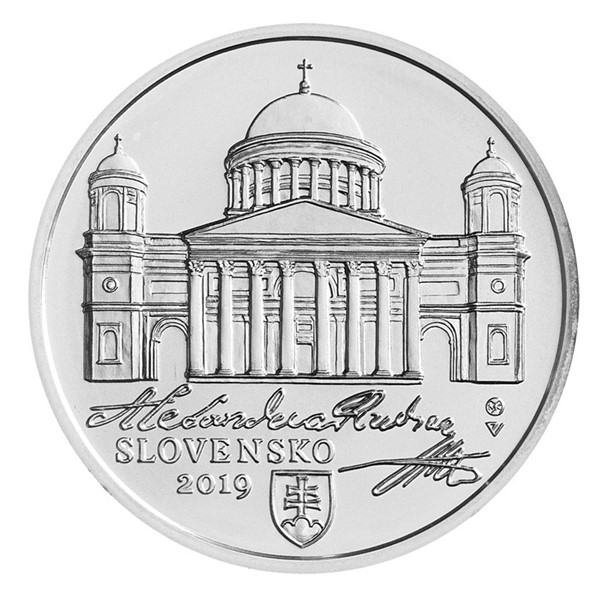 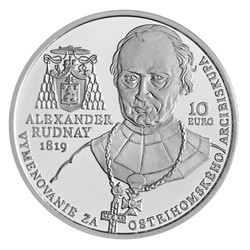 The Slovak silver euro coin was minted in quality standard on the occasion of the 200th anniversary of the appointment of Alexander Rudnay as Archbishop.

Alexander Rudnay was a Catholic priest ordained in Trnava, who became Bishop of Transylvania, Archbishop of Ostrich, Primate of Hungary, and finally Cardinal. Although he was a member of the high church hierarchy, a nobleman and a supporter of the Viennese court, he never forgot that he was also a Slovak. He was an enlightened scholar and an awakener. He supported the Bernoláks and the Slovak national movement. He supported the clergyman Juraj Palkovič in translating the Bible into Slovak. He helped church dignitaries of Slovak origin to important positions in Upper Hungary. He provided the Slovaks with church ceremonies and religious education in their mother tongue. "I am a Slovak, and if I were also on the See of Peter, I would remain a Slovak," he once said.

The reverse side of the coin is dominated by a portrait of the archbishop supplemented with the cardinal's emblem and the name ALEXANDER RUDNAY. The text VYMENOVANIE ZA OSTRIHOMSKÉHO ARCIBISKUPA is accompanied by the year 1819. The reverse side of the coin also shows the nominal value of 10 EURO. The obverse side then presents the Basilica of the Assumption of the Virgin Mary and St. Vojtěch, which was built by Alexander Rudnay in Ostřihom. The composition of the obverse side is completed by the Archbishop's signature, the inscription SLOVENSKO (SLOVAKIA), the state emblem and the year of issue 2019. All this is the work of the medal maker Mgr. Art. Petr Valach.

The coin was minted by the Slovak Mint  Mincovňa Kremnica and issued by the National Bank of Slovakia. 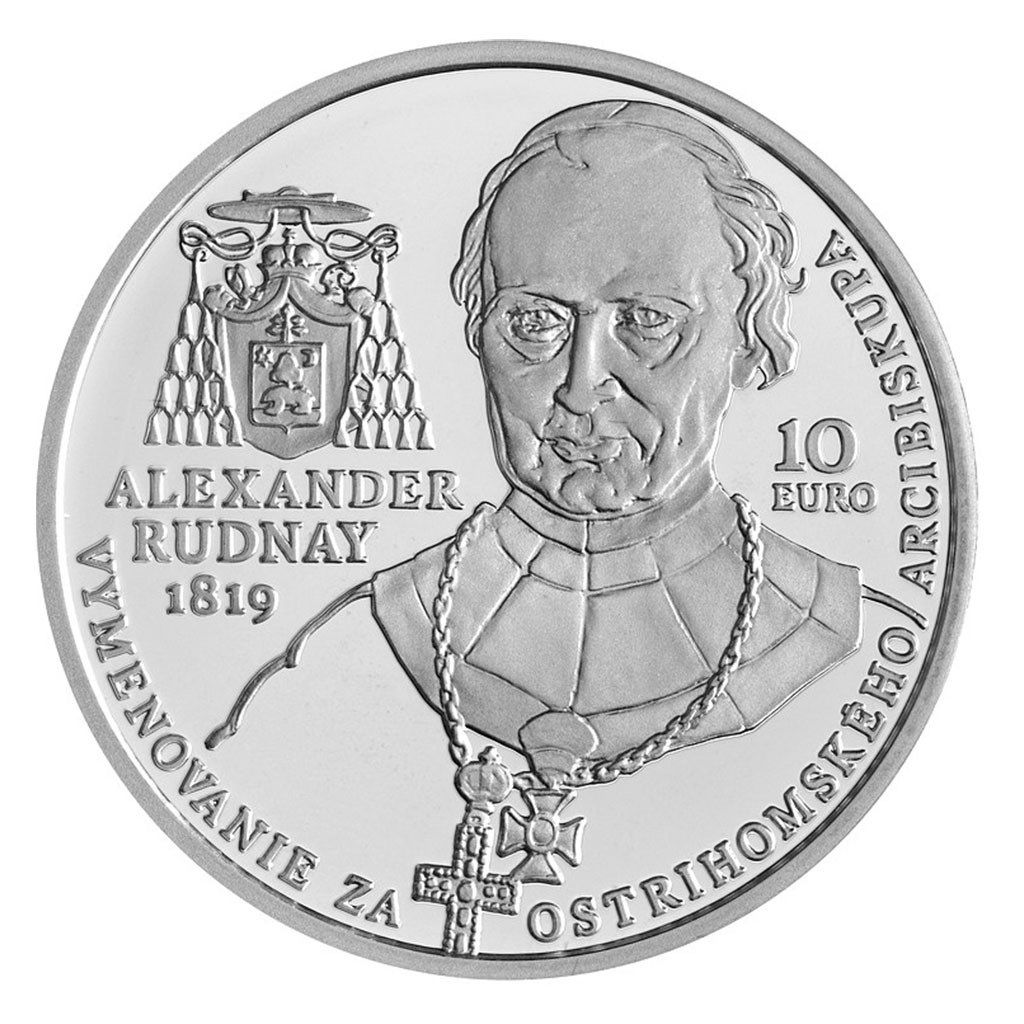 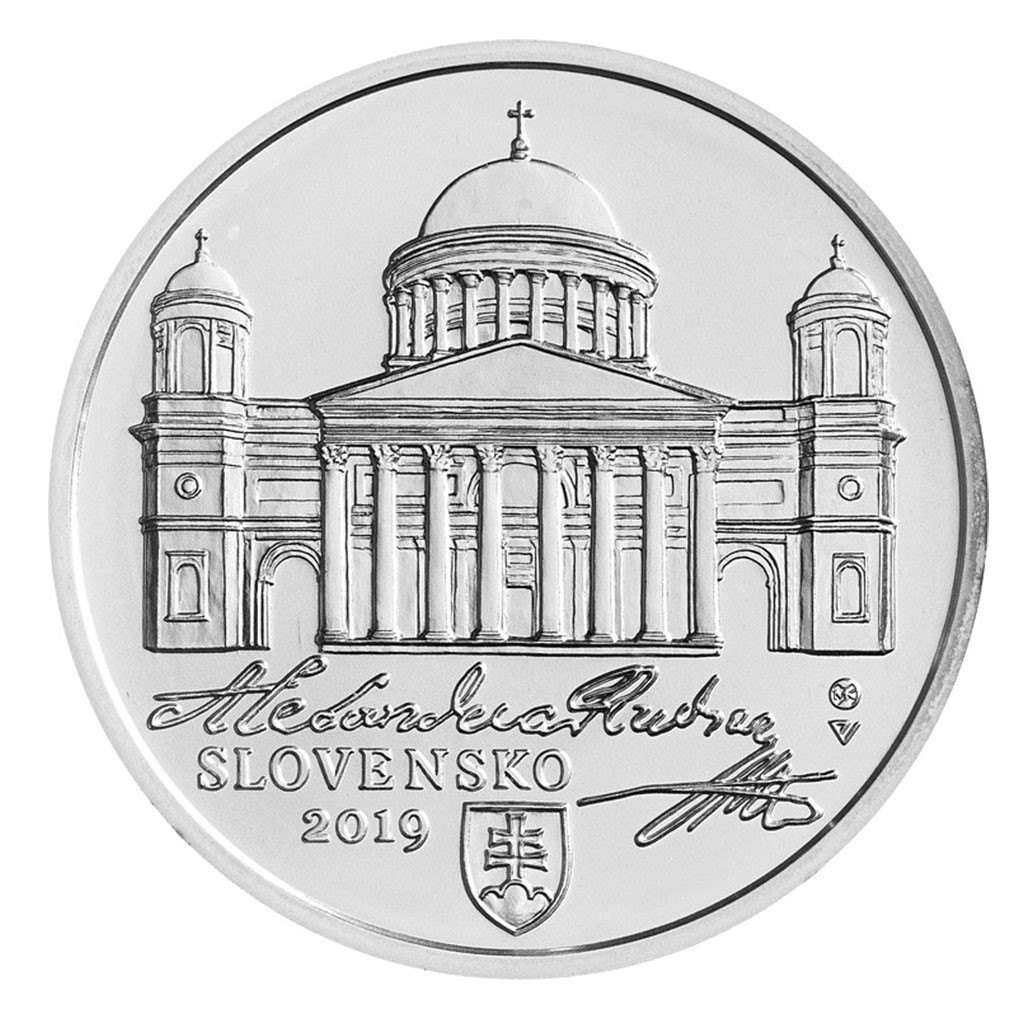