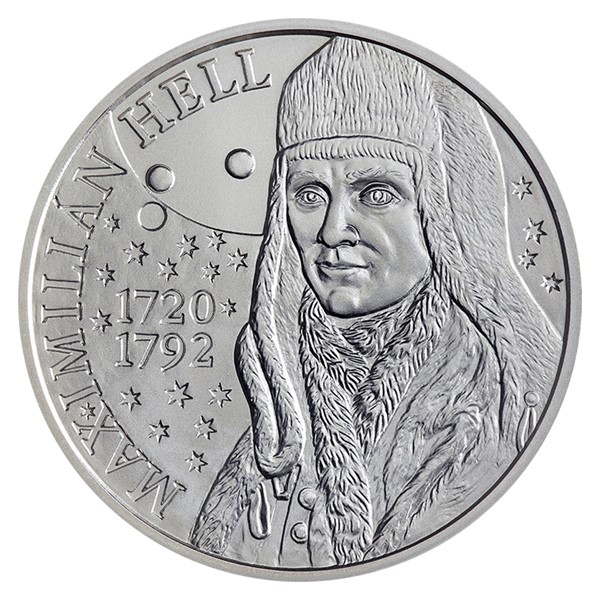 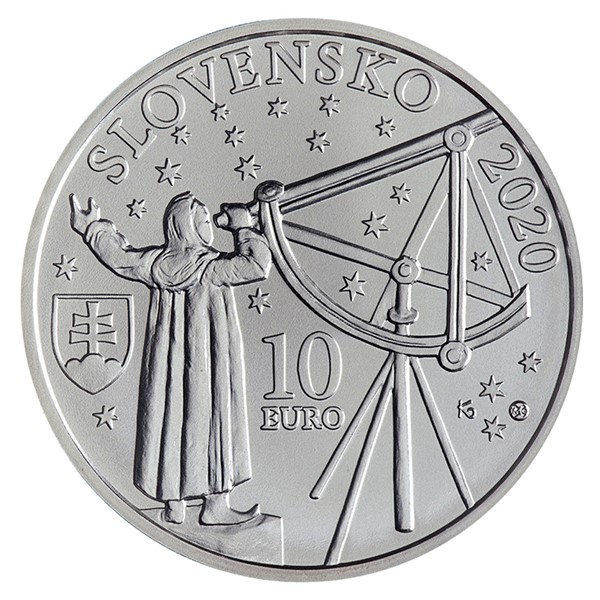 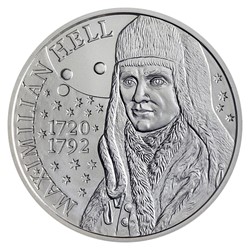 The silver coin with a nominal value of 10 euro was minted in quality standard on the occasion of the 300th anniversary of the birth of Slovak astronomer Maximilian Hell.

Maximilian Hell, who was born near today's Banská Štiavnica, was an Imperial and Royal astronomer. During his leadership, the Vienna Observatory became the centre of scientific research throughout the Habsburg Monarchy. It was from Vienna in 1761 that he observed the passage of Venus across the solar disk and negated the notion that the second planet of the solar system had an orbit. He made a second observation of this astronomical phenomenon in 1769. This time, at the invitation of the King of Denmark, he travelled to the Arctic Circle, where he studied the local fauna, flora, natives and aurora. The expedition, which went from Vienna via Prague, Dresden, Leipzig, Hamburg, Copenhagen, Sweden and the Norwegian port of Trondheim, arrived at the island of Vardö, where Hell determined the parallax of the Sun and its distance from the Earth. Despite the simplicity of the equipment at the time, his calculations were remarkably accurate - crowning the coordinated efforts of two hundred astronomers who had observed Venus in the Philippines, Bavaria, California, Tahiti and China, and earning Hell the recognition of the world's scientific community...

The reverse side of the coin presents a portrait of Maximilian Hell from the time of his expedition beyond the Arctic Circle - he is wearing typical Lapland clothing and behind him there is a depiction of the transit of Venus across the Sun. The composition of the reverse side is supplemented with the astronomer's name and the life years. The obverse side of the coin then bears the figure of an astronomer, who is examining the night sky with a contemporary telescope. The necessary attributes of the euro coin are the nominal value of 10 EURO, the inscription SLOVENSKO, the year of issue 2020 and the Slovak national emblem. All of this is the work of the medal maker Karol Ličko.

The coin was minted by the Slovak Mint of Mincovňa Kremnica and issued by the National Bank of Slovakia. 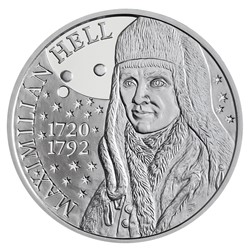 Add to cart
In stock
1,350 CZK
including VAT 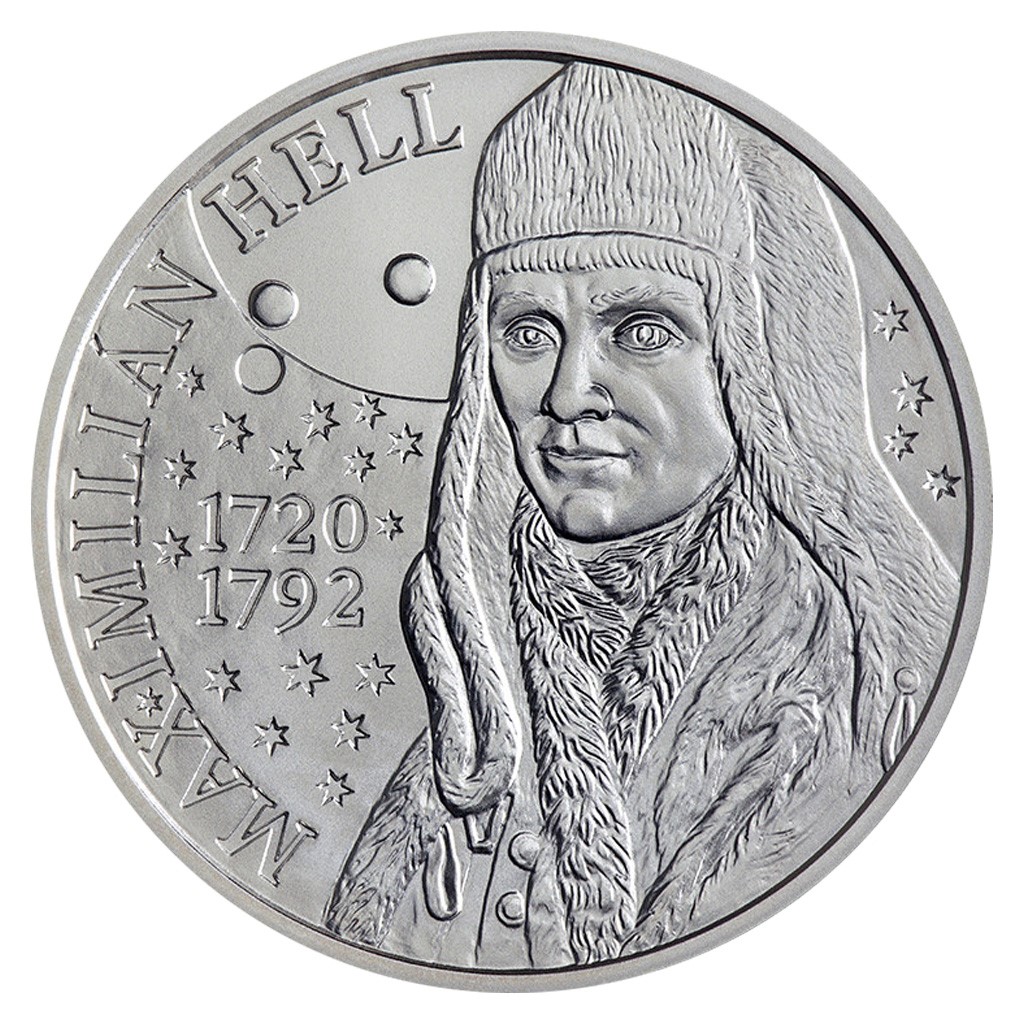 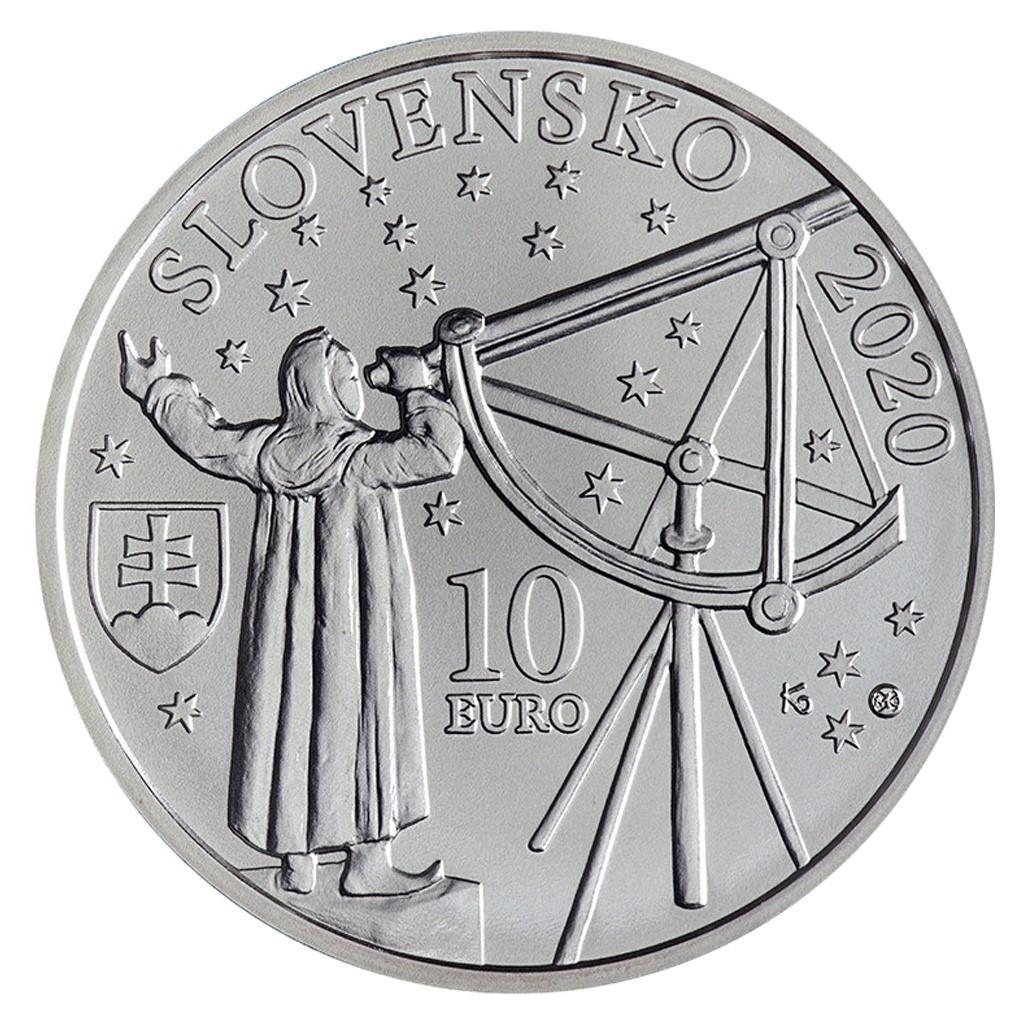