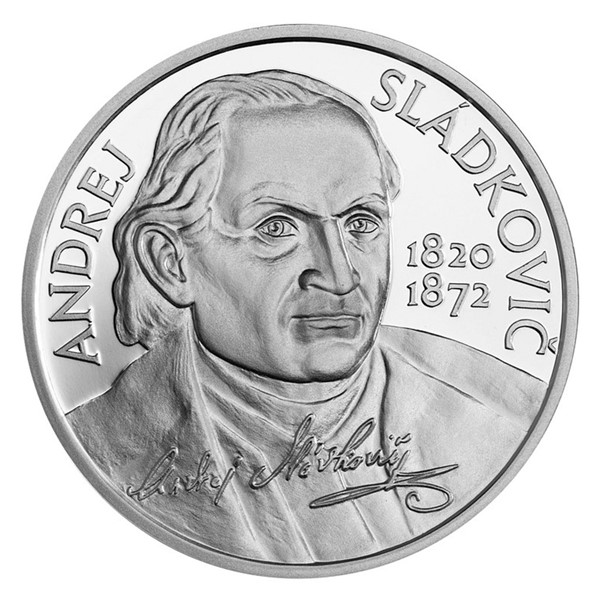 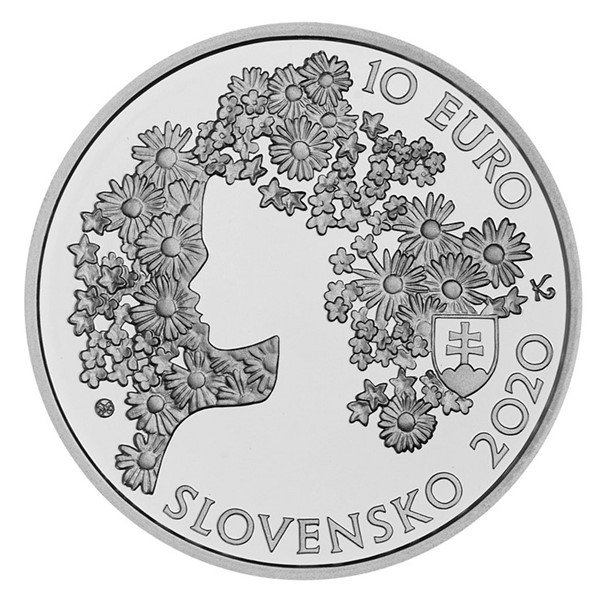 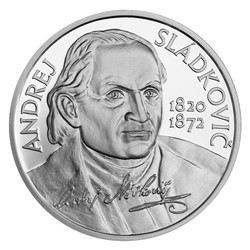 The Slovak silver euro coin was minted in quality proof to the occasion of the 200th anniversary of the birth of Andrej Sládkovič.

Andrej Sládkovič, by his own name Andrej Braxatoris, was a prominent Romantic poet, literary critic, publicist and translator who significantly influenced the Slovak cultural life development in the 19th century. His poetic piece Marína, which combines elements of amorous and reflective lyricism is considered to be the peak of his work and Slovak poetry. The lyrical-epic poem Detvan reflects the patriotism of the time, which was very close to Sládkovič. As a representative of the revolutionary-minded Štúr generation, he was a founding member of the Slovak Matrix. At the Slovak National Assembly, where the Memorandum of the Slovak Nation was adopted, he served as a recorder and thus directly participated in formulating the demands of the movement that fought for the right of the Slovaks to self-determination...

The reverse side of the coin is dominated by a portrait of the poet, supplemented with his name and the life years - ANDREJ SLÁDKOVIČ, 1820-1872. The obverse side presents a floral composition together with a silhouette of a woman - Sládkovič's muse Marína. The obverse composition is supplemented with the inscription SLOVENSKO (SLOVAKIA), the state emblem, the nominal value of 10 EURO and the year of issue 2020. All this is the work of the medal maker Karol Ličko.

The coin was minted by the Slovak Mint Mincovňa Kremnica and issued by the National Bank of Slovakia. 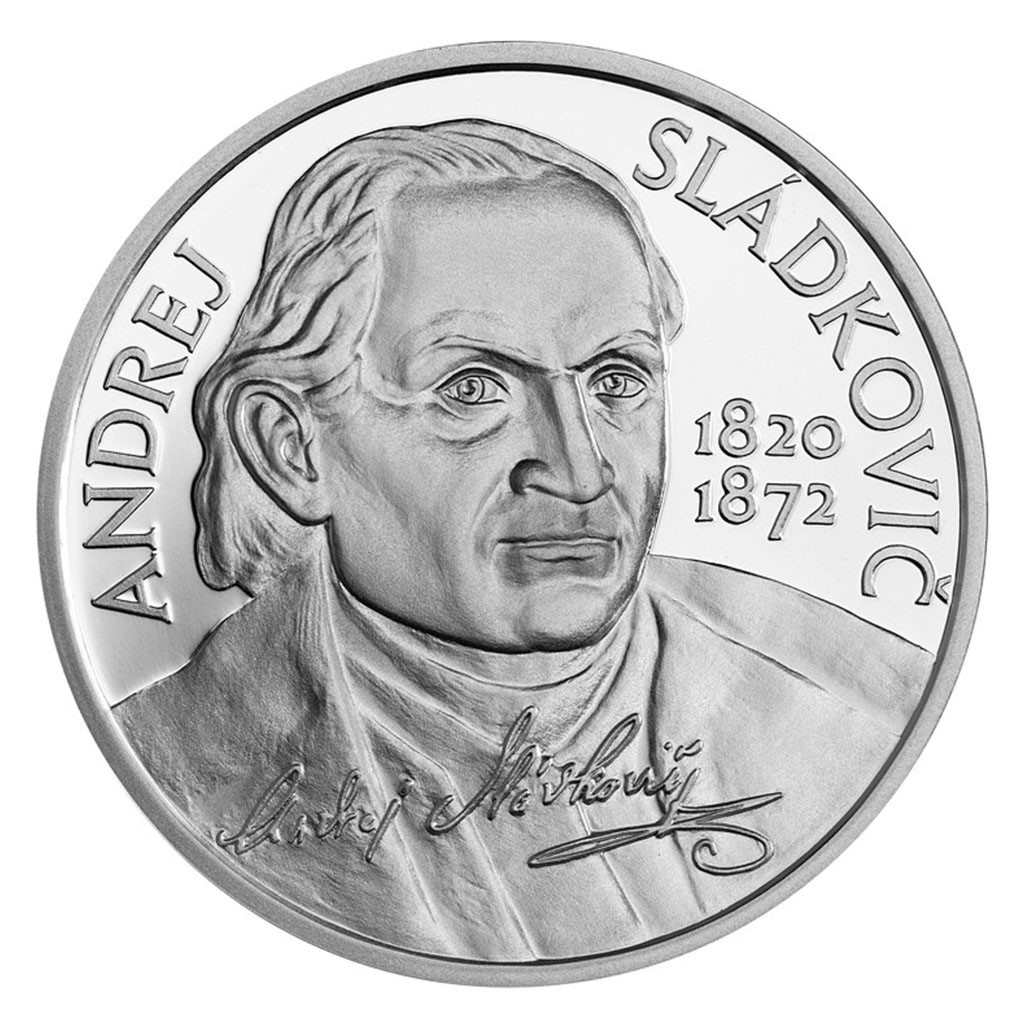 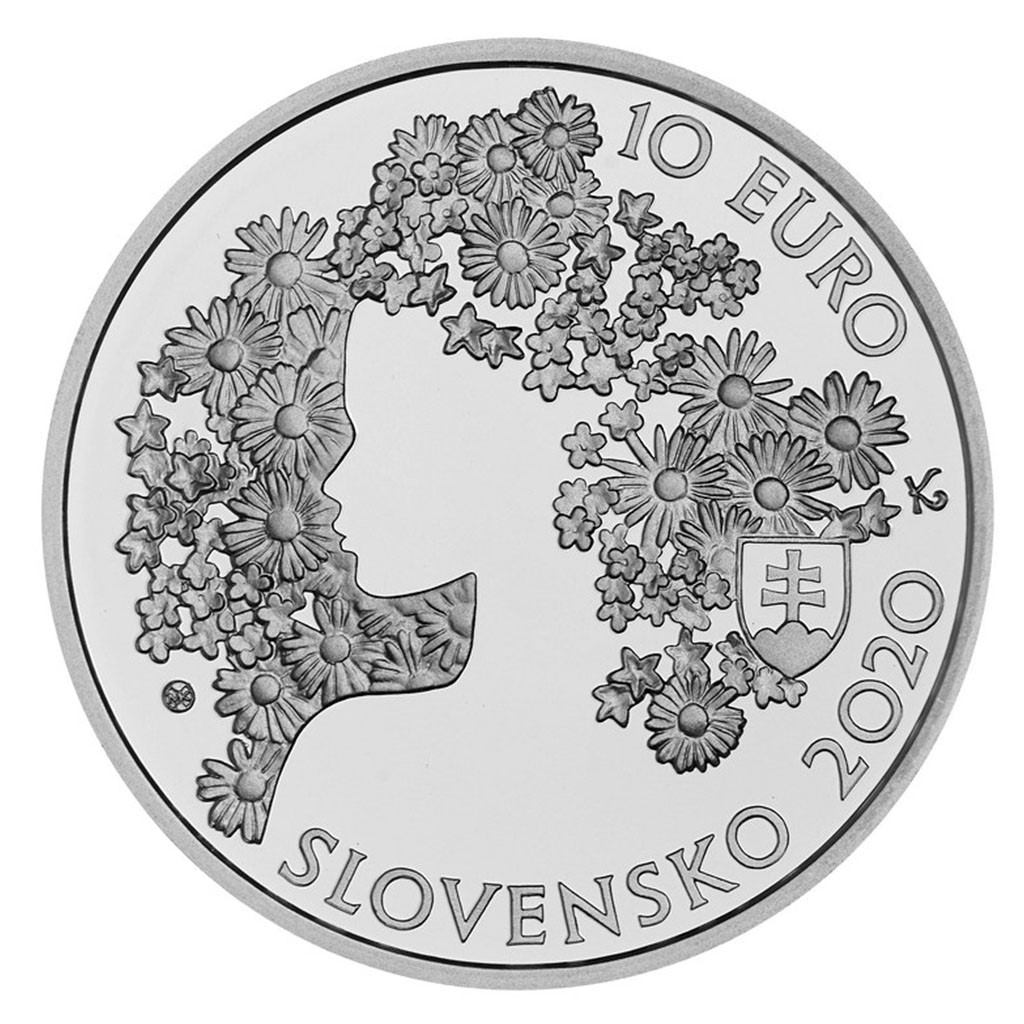