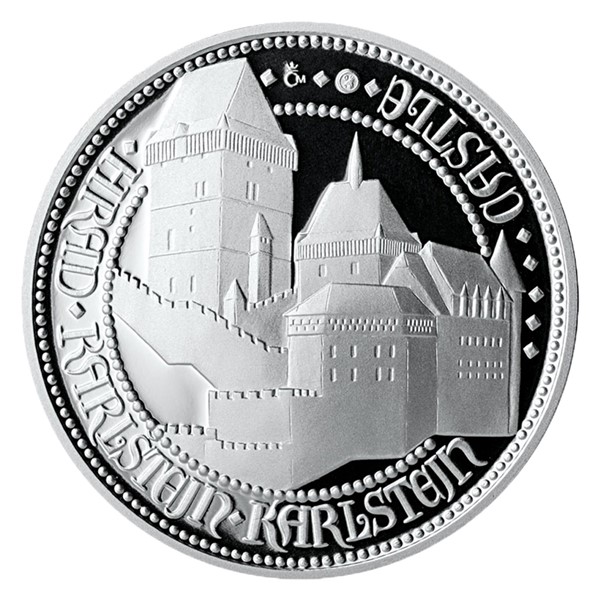 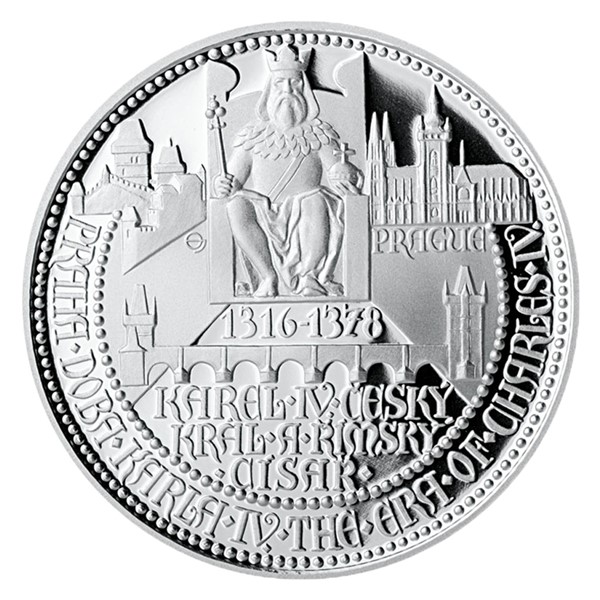 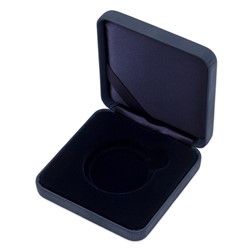 Bohemia has undoubtedly achieved the greatest prosperity during the reign of Charles IV, but his deeds had an impact on the entire central Europe. Czech Mint reflects this period in history by special series The Period of Charles IV.

In the 14th century Prague became a political, as well as educational hub of central Europe. During his life Charles IV (1316–1378) built a new royal palace, founded the New Town in Prague, founded the present day Gothic St. Vitus’ Cathedral, had the Charles Bridge and the Karlštejn Castle built and founded many monasteries. Charles IV was a highly learned man – which was unusual in his period and he was well aware of the importance of education – that’s why he founded in Prague the first university in central Europe. His major political acts included for example The Golden Bull of Sicily through which he ensured the right to free election of the Czech king should the ruling house die out. He also established the Lands of the Bohemian Crown, a state formation to which the Czech king and the Estates were subordinated.

With the series The Period of Charles IV Czech Mint has decided to pay tribute to the magnificent monuments initiated by the king during his reign. Separate silver medals and gold ducats which are part of the series commemorate Karlštejn Castle, Charles Bridge and St. Vitus’ Cathedral. They were designed by experienced creative artist M.A. Josef Oplištil. The obverse side of silver one-ounce medal Karlštejn Castle features a general view of the majestic castle and its name in two languages. The reverse is dominated by the effigy of Charles IV surrounded by notable structures initiated during his reign. The text on the reverse includes the name of the series and also years of the king’s birth and death. The silver investment medal is minted in 5,000 pcs.

Silver one-ounce medal Karlštejn Castle commemorates cultural values of the Czech nation across centuries. The investment in silver in artistic form has a high appreciation potential, because prices of silver are currently at a very low level. However the prognosis promises growth and invites to buy. Silver medal Karlštejn Castle from the series The Period of Charles IV represents a unique combination of medieval architecture, contemporary creative art and a smart long-term deposit of money. 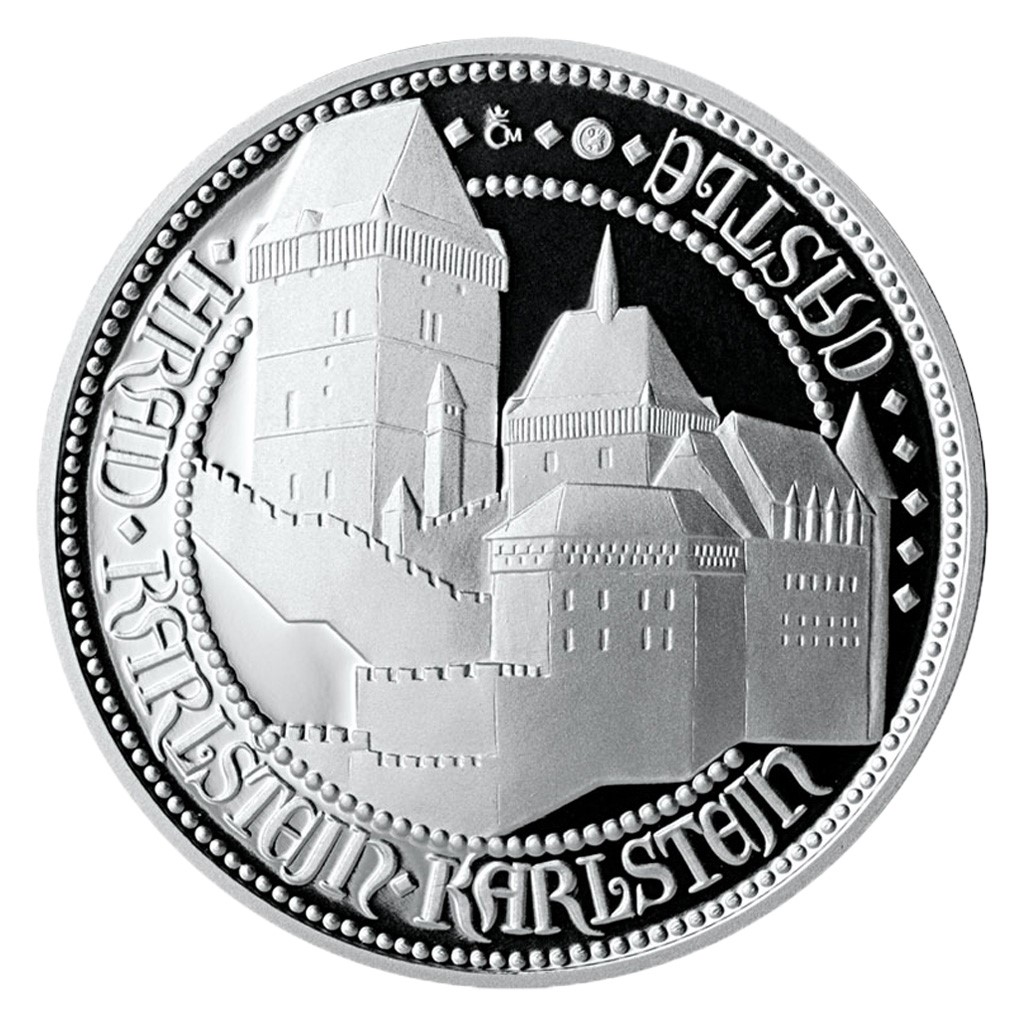 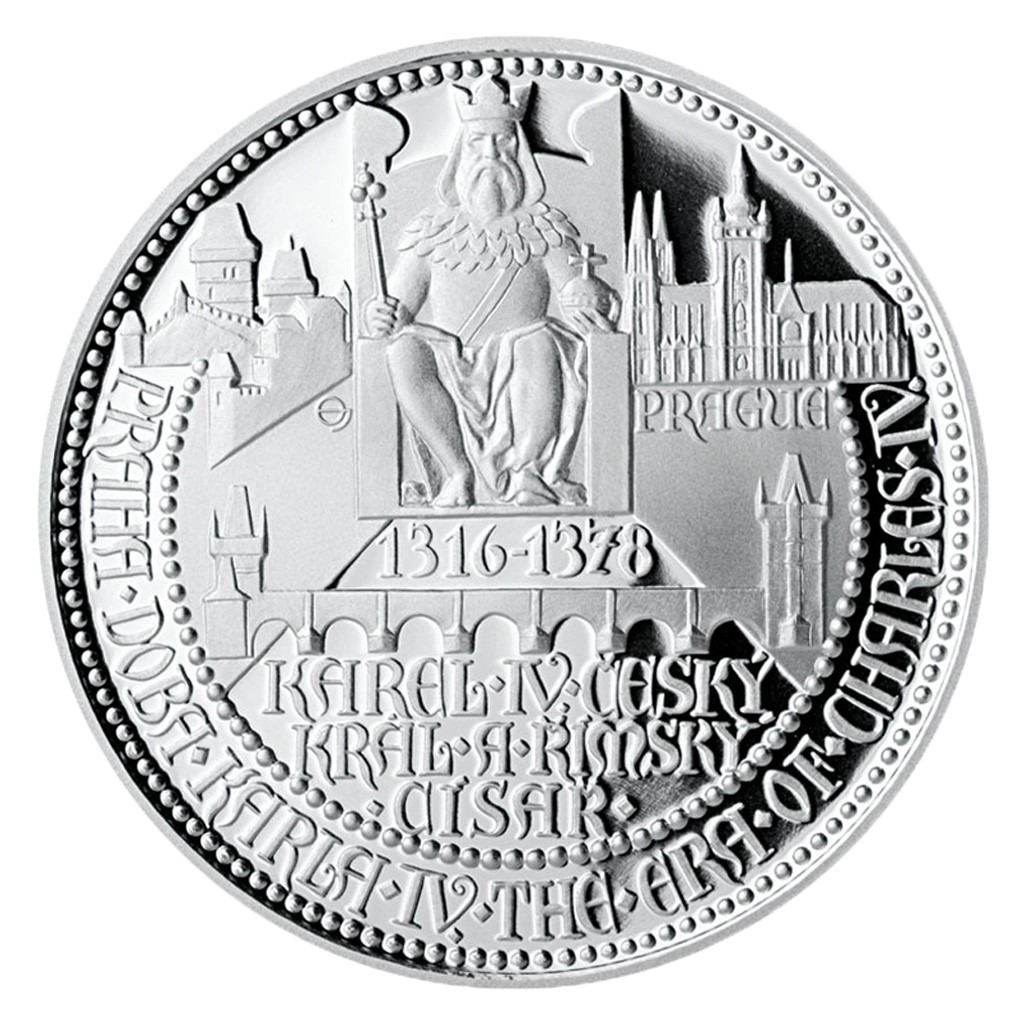