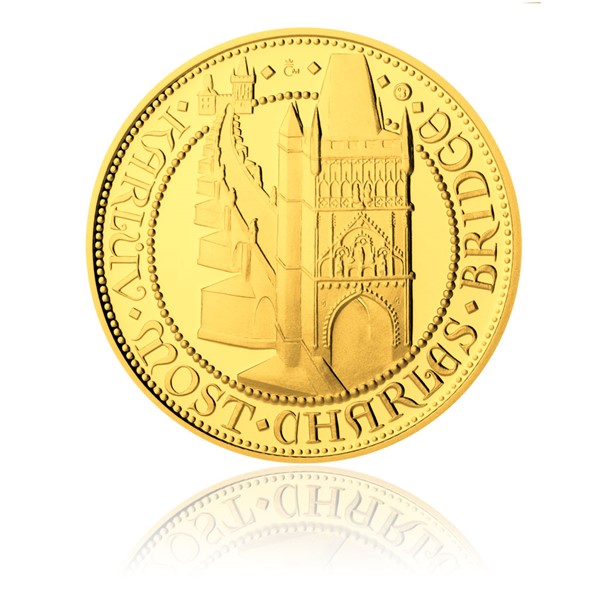 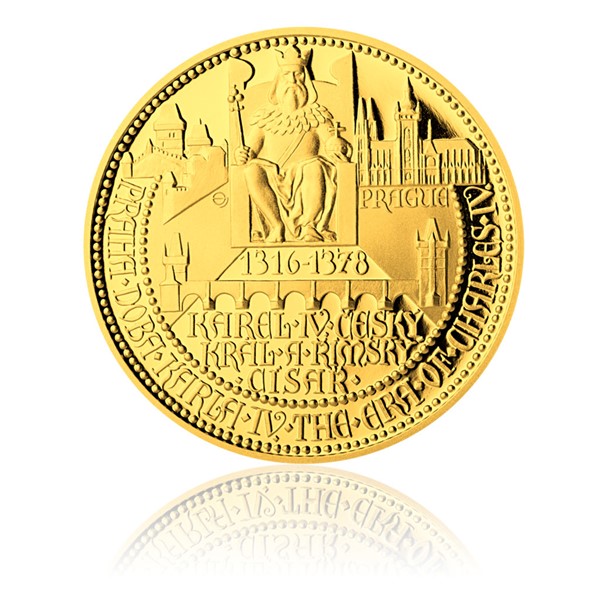 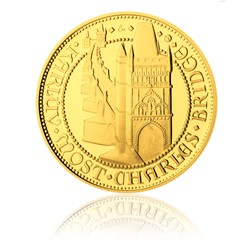 Czech King and Holy Roman Emperor. Pater Patriae. The greatest Czech. All these titles belong to Charles IV, the ruler who made Prague the capital of the Holy Roman Empire and its glory did not fade even after centuries. Hit cultural legacy has persisted to the present day, among other things also thanks to beautiful architectural monuments that he had built.

Czech Mint has prepared for you a unique expedition to the Czech past – limited collector series comprising three commemorative medals with motifs of monuments connected with the reign of Charles IV. The series present the most significant works of the most beautiful period in the history of the Czech lands – St. Vitus’ Cathedral, Karlštejn Castle and Charles Bridge.

The author of the design for one-ounce medal made of fine silver refined on the surface with pure gold is the exceptionally successful creative artist from Jablonec M.A. Josef Oplištil. He depicted Charles Bridge in its total length viewed from the Old Town Bridge Tower towards the two towers in the Lesser Quarter. The reverse side is dominated by the effigy of the ruler surrounded by noted buildings and structures that he initiated during his reign. The text on the reverse includes name of the series and also years of the king’s birth and death. The medal will be struck in a limited edition of 2,000 pieces.

The medal Charles Bridge connects affordability of silver with the elegance of gold. Do not let yourself be mistaken by lower attention paid to silver by the media. Compared with gold, silver has several advantages. Silver mining has for a long time lagged behind the demand and the mines supply is becoming depleted. Moreover, the entire 85% of this metal are consumed by industry. Silver will always be needed and, if the economy grows, the demand for silver will grow as well, and, consequently, its price. 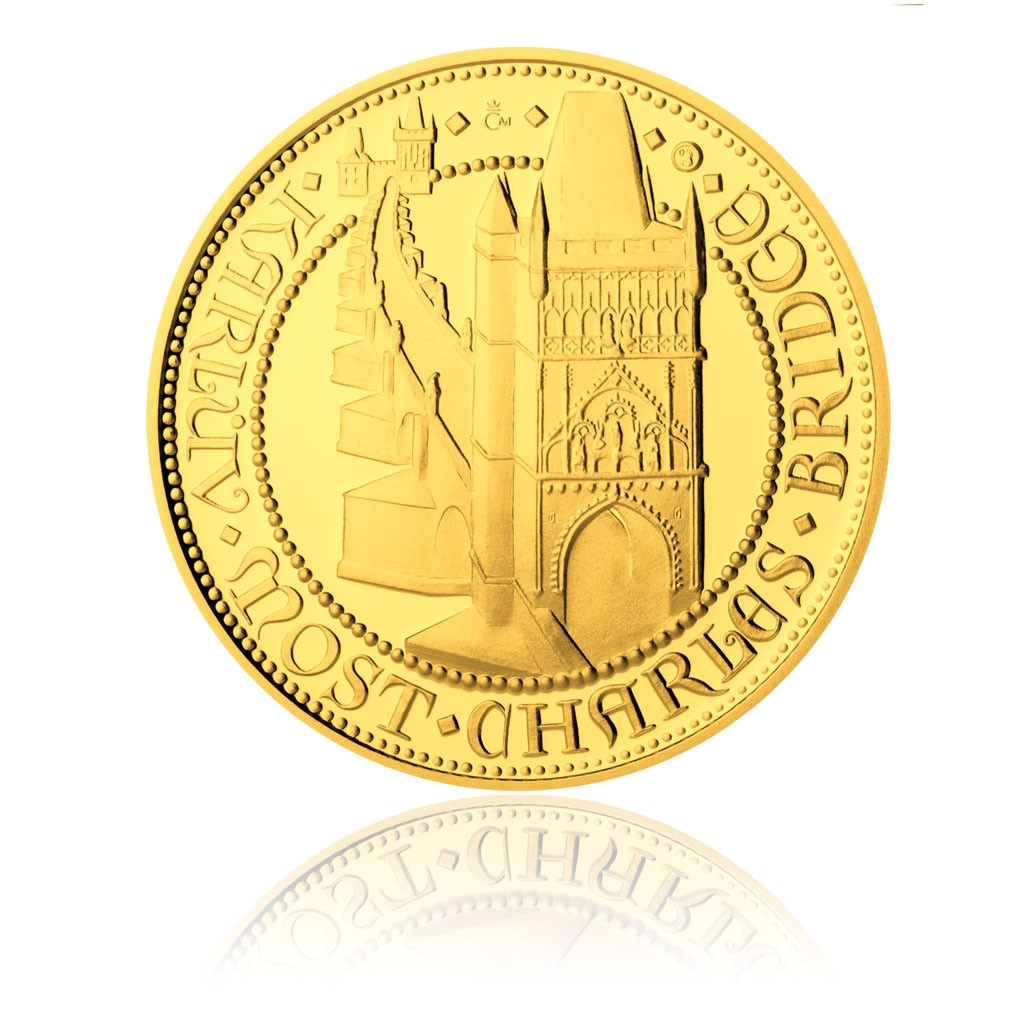 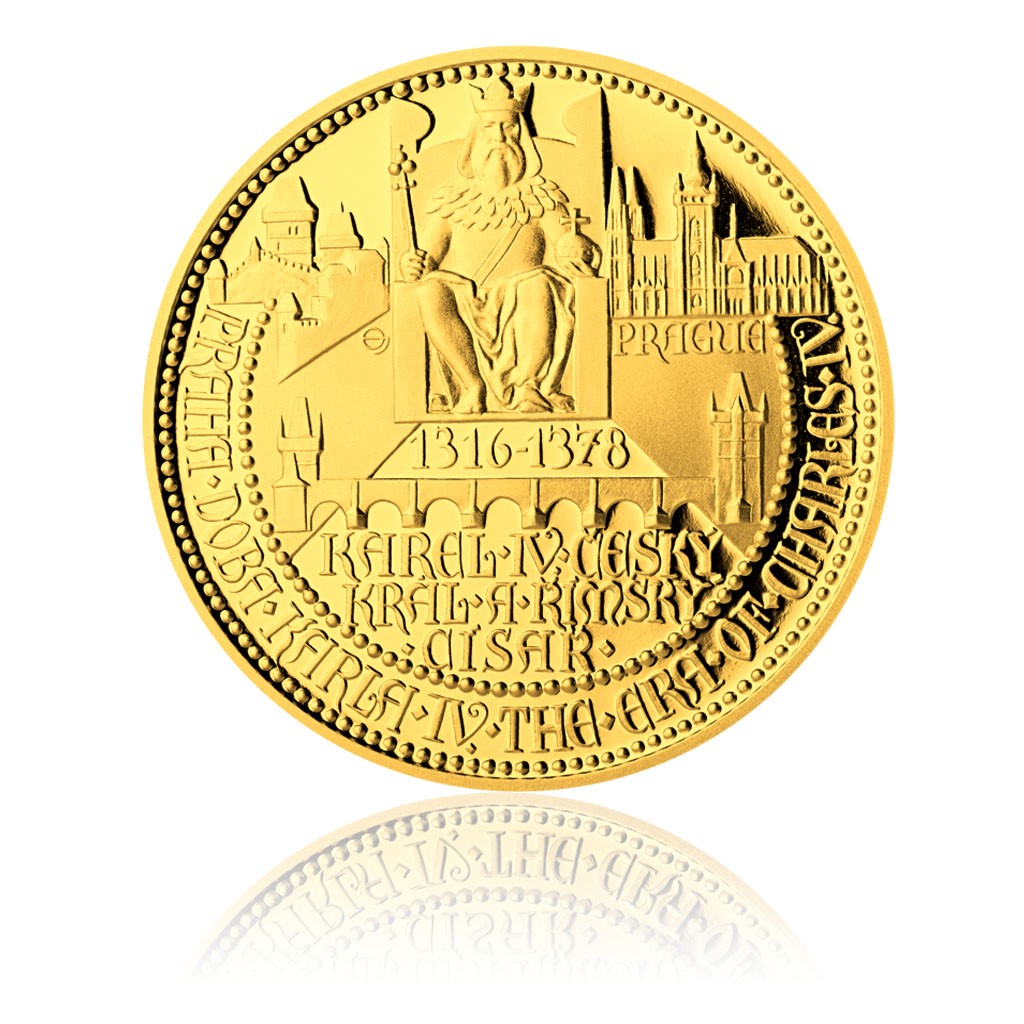