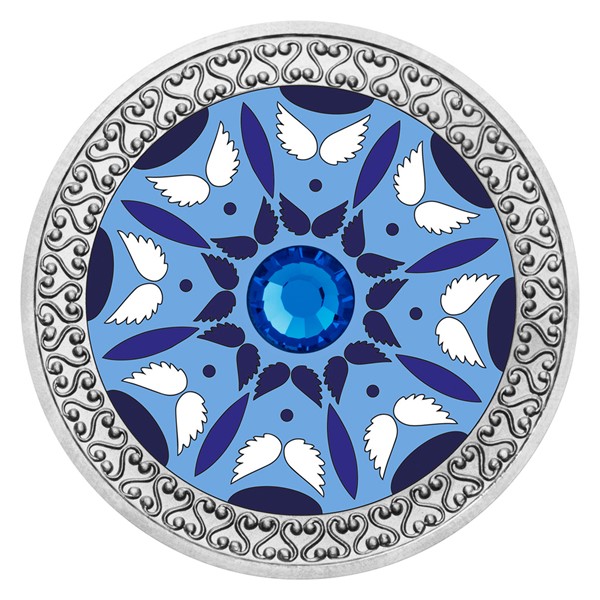 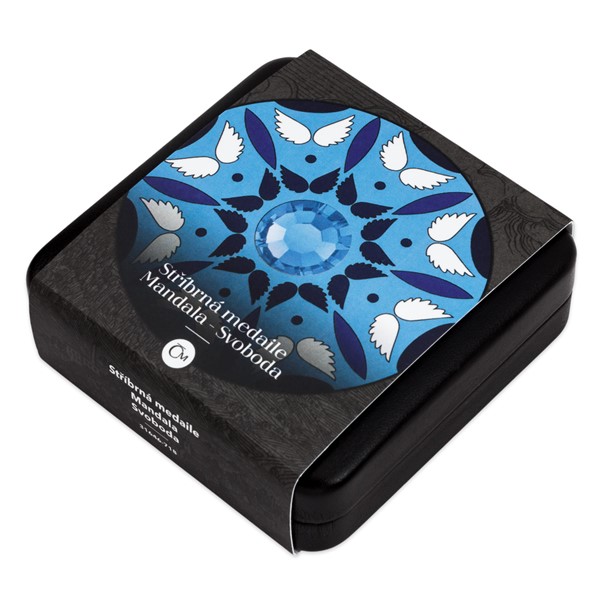 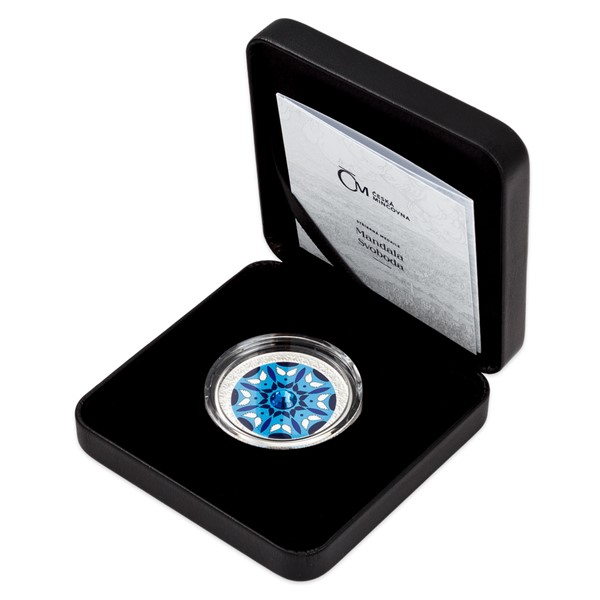 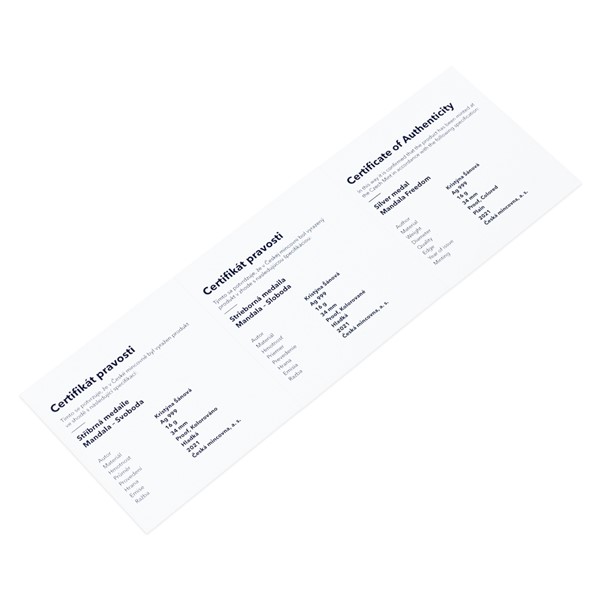 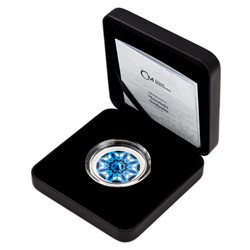 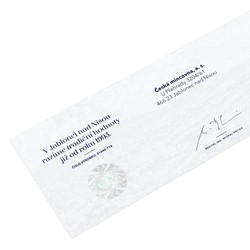 The sixth silver medal of the Czech Mint from the gift series for every occasion bears a mandala with the motif of freedom.

The word mandala comes from ancient Indian Sanskrit and can be translated simply as a circle. However, its meaning is not so simple - it represents infinity, perfection, balance, unity, ... Mandalas take the form of a circular pattern with a centre from which - or to which - symmetrically arranged shapes point. In addition to the shapes that symbolize masculine energy, mandalas also contain colors that represent feminine energy. Therefore, silver medals must not miss colours. The power of each mandala is hidden in its centre, where everything begins and ends, and so a glass stone is set in the centre of the medal. Although people associate mandalas primarily with the civilizations of South Asia, variations of them can be found across time, cultures, and religious and philosophical systems - just look at the windows of European cathedrals or the dream catchers of American Indians. They are a tool for relaxation, meditation and self-discovery, but also for problem solving or wish fulfillment. Since the greatest wish for many people is freedom, it became the motif of the sixth gift mandala of the Czech Mint.

The gift medal is an original talisman. Other mandalas in the Czech Mint's offer bear themes of love, friendship, health, wealth and courage. 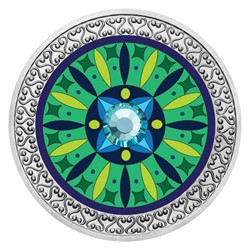 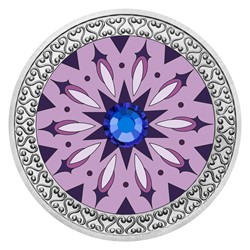 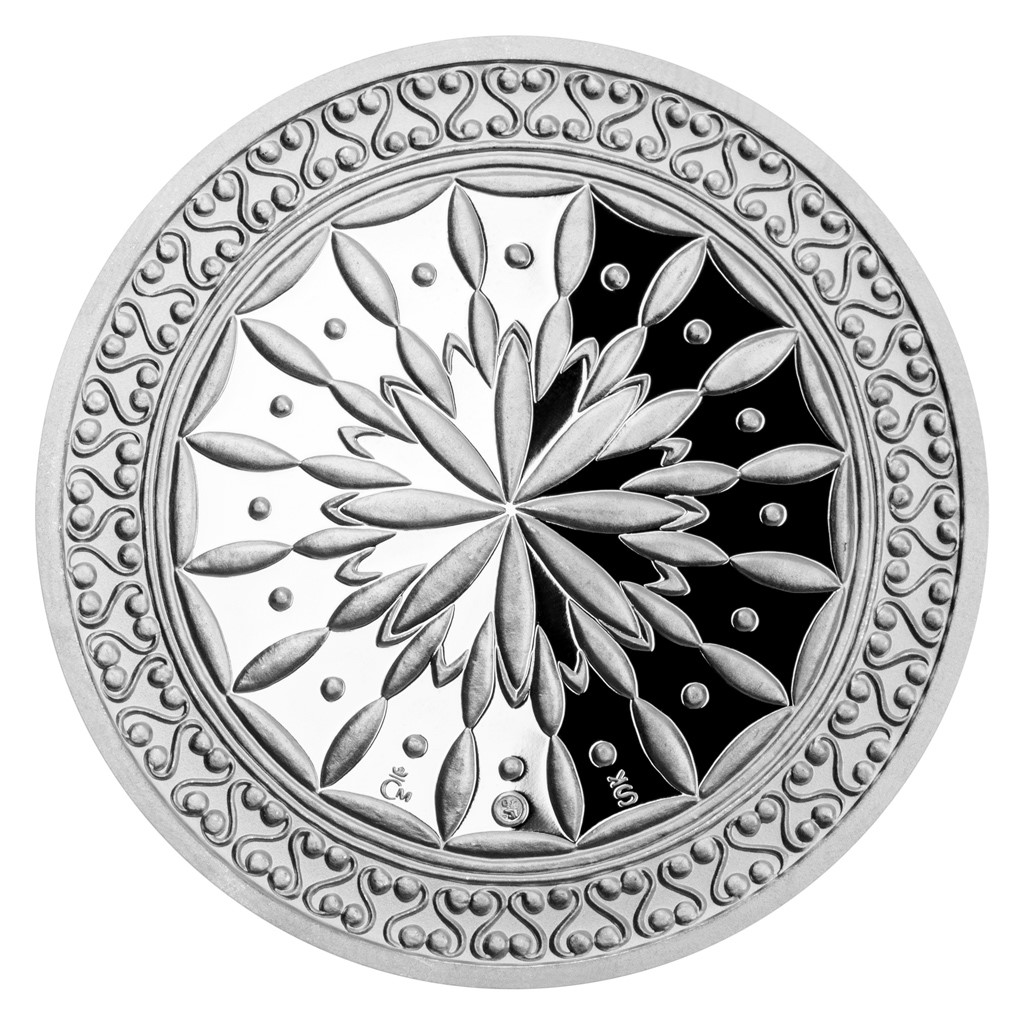 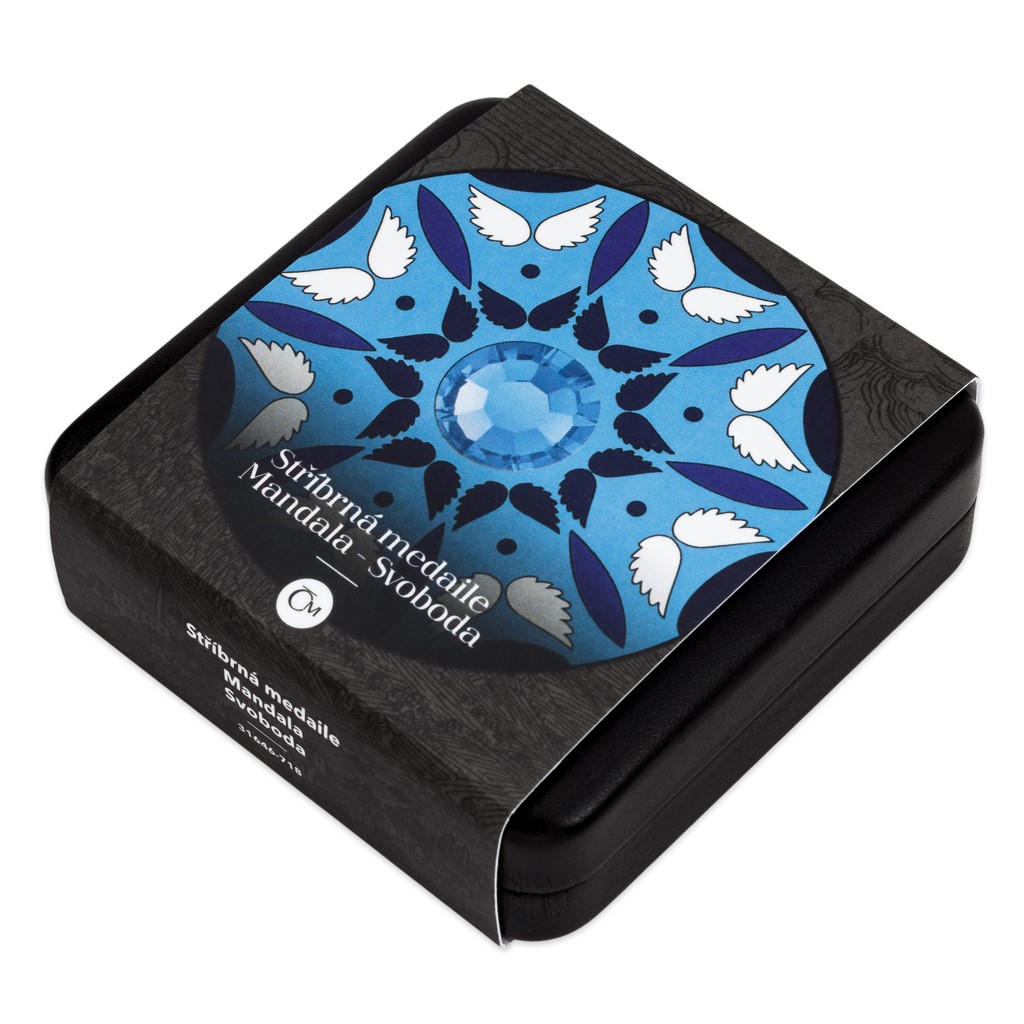 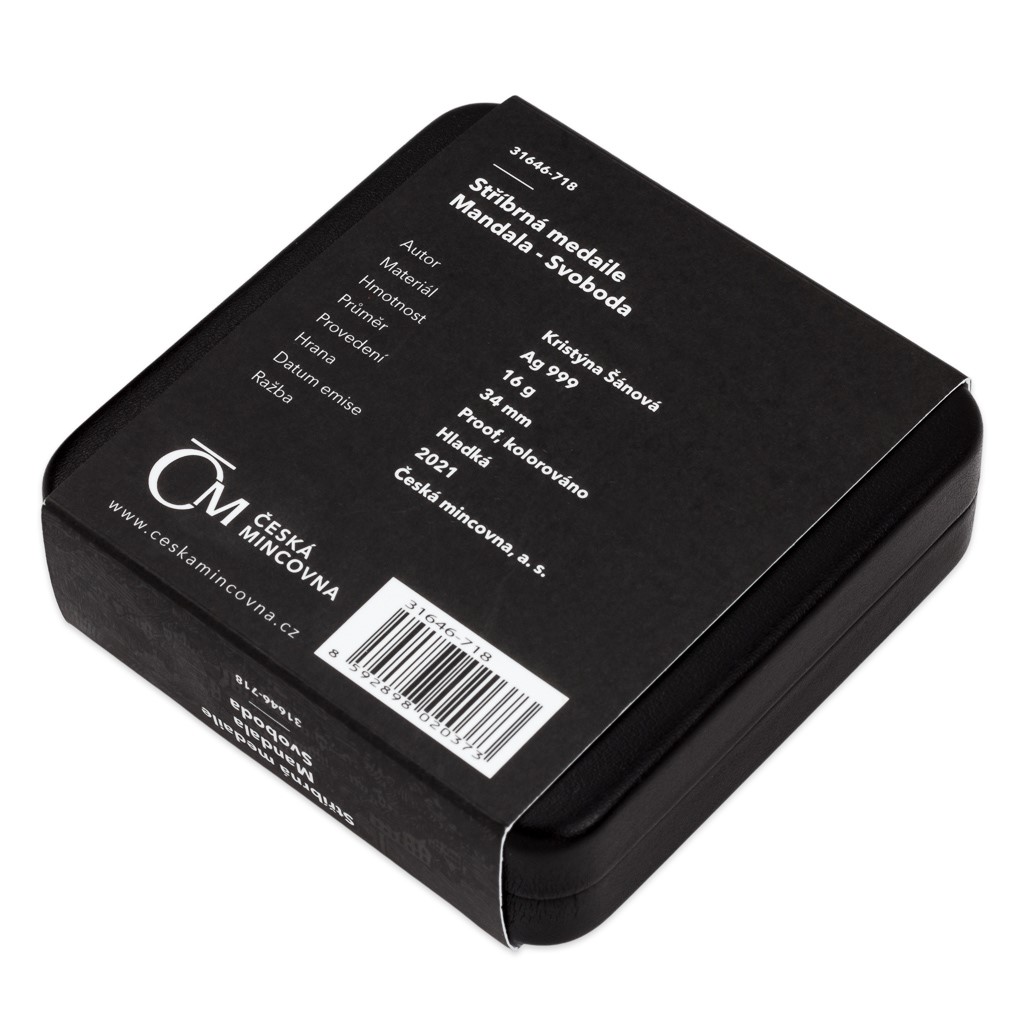